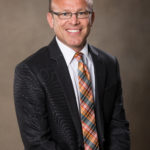 Wartburg College is adding women’s wrestling to its athletic roster, becoming the first American Rivers Conference school to offer women the opportunity to compete at the collegiate level in the growing sport.

With the addition of this new team, Head Wrestling Coach Eric Keller will be promoted to director of wrestling, allowing him to oversee both programs while retaining his coaching duties with the men’s team. The search for the head women’s wrestling coach will begin immediately. Wartburg is the only NCAA Division III school in Iowa that now offers a women’s wrestling program.

“We are excited to add this new program and look forward to providing women the opportunity to join in the Wartburg wrestling tradition,” said Ryan Callahan, interim athletic director.

Wartburg is known for its dominance in men’s wrestling, earning 14 national titles since 1996 and 12 national dual titles since 2003. The men’s team, coached by Keller since 2010, has placed either first or second in the nation in 22 of the last 29 years. The Knights are 38-time conference champions, including 28 in the last 29 seasons, and held a winning streak over current conference opponents in dual competitions from 1993 to 2020. At least two Knights have been crowned national champions in 12 of the last 18 seasons.

“This is an extremely exciting time for both women’s wrestling and Wartburg College. Wartburg wrestling has always had an expectation of excellence, striving to be great in everything we do,” Keller said. “I am fired up about this new chapter in history and for the opportunity to grow women’s wrestling in the state of Iowa and across the nation.”