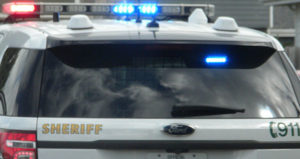 Another person was airlifted to the University of Iowa Hospitals and Clinics in Iowa City to be treated for undisclosed injuries. Authorities say the third vehicle involved in the accident was hit by flying debris when the other vehicles slammed into each other. The crash happened around 3 p.m.