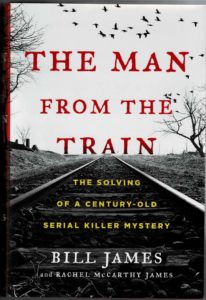 A true-crime book argues the infamous 1912 ax murders in the southwest Iowa town of Villisca were committed by a previously overlooked serial killer, and its authors will give a lecture in Ames tomorrow night.

Rachel McCarthy James, who co-wrote the book with her father, Bill James, says they did extensive research into dozens of similar slayings, all around the turn of the last century.

“I looked at other crimes from the same time period that had the same basic idiosyncrasies,” James says. “The same method was used, the back of the ax was used in all of these cases. They were at the same time of day, usually in the same type of place, a small town, fairly rural but near the intersection of two railroad lines.”

Other things the crimes had in common included: the killer locked the door behind him, the bodies and windows were covered, and a lantern from the house was often taken and left somewhere outside.

In the Villisca murders, eight people were killed one night in a house, including six children. There was another incident in Iowa around that same time which wasn’t necessarily a “slam dunk” to be the same killer, she says. An elderly couple was murdered in a rural farmhouse in the Marshalltown area in 1910 that had many similarities to the Villisca case.

James says it’s possible one man committed dozens of murders over several years in multiple states. His name was Paul Mueller and he was connected to the slaying of a family in Massachusetts in 1897. “He was living with this family and he ended up being seen at the house on that night and he was the only one not killed in that event,” James says. “He was seen walking away from them towards the train on the night of the crime, never seen again.” 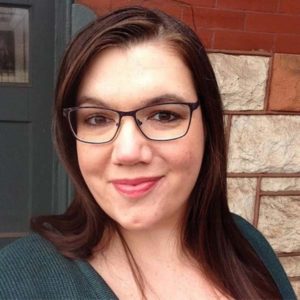 In the book, the father-daughter duo claims Mueller likely committed 14 family murders with a total of 59 victims, but he may also be linked to another 25 mass killings with 94 more victims. James says she’s held the ax that was used in the Villisca murders but has never visited the house, which some claim is haunted.

“I’m not really a haunting person,” James says. “I’ve lived in a lot of ‘haunted’ places and I’ve never seen a ghost so I’ve never been a big person on haunting, which is good because I’ve devoted ten years of my life to ax murders now so there has to be some separation there.”

The James’ collaborative book is called, “The Man From the Train,” while the younger James is working on her next book, “Whack Job,” which is also about ax murders. Their lecture is at 7 p.m. Wednesday at Iowa State University’s Memorial Union Great Hall. The lecture is free and open to the public and will also be livestreamed.