You are here: Home / News / Iowa Senate votes 48-1 in favor of redistricting Plan 2 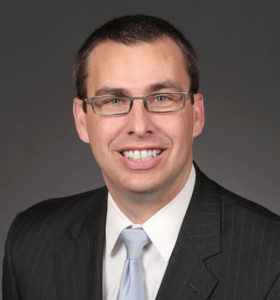 The Iowa Senate has overwhelmingly approved the second plan for redrawing the boundaries for Iowa’s congressional and legislative districts and a vote in the House is expected later this afternoon. The vote was 48-to-one.

Senator Roby Smith, a Republican from Davenport, lashed out at Democrats who’ve accused the GOP of planning to abandon the non-partisan Legislative Services Agency’s maps and draw districts to favor Republicans. “Instead of undermining the ‘gold standard’ process by spreading a false narrative of gerrymandering like some in this chamber have done, Iowa Senate Republicans upheld our role and responsibility,” Smith said.

Senate Republicans rejected the first set of maps on October 5. Smith said the second redistricting plan has better population distribution and the proposed districts are more compact. Senator Pam Jochum, a Democrat from Dubuque, said the plan meets all of the constitutional and legal requirements.

“Voters should pick their elected represents, not the other way around,” Jochum said, adding that the plan meets that goal.

Jochum and Smith were the only senators to speak during debate. Republican Senator Ken Rozenboom of Oskaloosa was the only senator to vote against the plan. It appears Rozenboom and Senator Adrian Dickey of Packwood, who voted for the plan, live in the same proposed senate district.

A Republican-led House committee has already given the second set of district maps the green light on a 22-1 vote.