You are here: Home / News / Clinton, Iowa has $2.8 million in grants for residential lead abatement 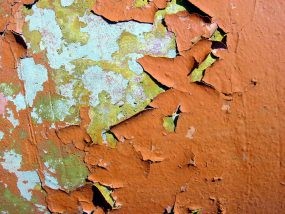 A recently released study found 76 percent of Iowa children under the age of six had detectable levels of lead in their blood in the past two years and officials in Clinton are urging more property owners to apply for a free program that removes lead from homes.

Elizabeth Kemp is with the East Central Intergovernmental Association, which manages the program. She says it takes about 10 days to complete the lead abatement in a residence built before 1978, when the use of lead paint was banned.

“If it’s older than that, you probably have lead paint some place,” Kemp says. “It may have been covered with other coatings of paint, but it can be a hazard for young children in the home.”

According to Kemp, lead was found in all but two of the more than 200 properties in Clinton recently tested. “People think, ‘Well, it’s just paint. If it’s peeling, it’s not pretty, but it’s not hurting anybody,'” Kemp says, “but those paint chips or the lead dust can get on particularly children under the age of six. Their hands or their toys — they put their hands in their mouth and then they get the lead in their system.”

High levels of lead can severely affect a child’s mental and physical development. The grant program in Clinton provides a stipend to cover the cost of moving out of a home or apartment while lead is being removed.

“It’s for low to moderate income families, but the work itself and the relocation costs zero,” Kemp says. “Now, we do rental properties so that the landlords can provide better housing for their tenants and they do have to make a 10% contribution towards the project.”

In January, the City of Clinton got a $2.8 million grant to conduct lead abatement in 86 homes by mid-2024. One home has been done and work on nearly two dozen others are underway. There’s up to $5000 additional dollars for every home enrolled in the program to address safety and energy efficiency issues, like fixing hand rails and installing smoke alarms or replacing windows and doors.