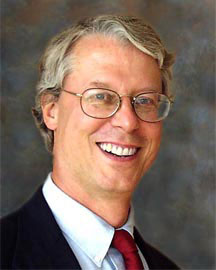 The mayor of Des Moines is at the global climate summit in Glasgow, Scotland this week where he’ll urge heads-of-state to make more ambitious commitments to address climate change.

Mayor Frank Cownie serves as president of the group Local Governments for Sustainability, which he says acts as advisor on the local impact of climate change for the United Nations.

Cownie says it’s important for world leaders to understand what it costs for communities to adapt as rising temperatures make storms more severe.

“Let’s make sure that our cities and infrastructure are resilient to withstand some of these extreme events that are happening,” Cownie says. “That’s going to take money. It’s going to take a large inclusive plan.”

Cownie says many cities are already working on cutting carbon emissions and adopting clean energy because they have felt the cost of climate change at the ground level.

We have to lead by example,” he says. “We have to move in the direction that we’re expecting everybody else to move.”

Des Moines set some of the most ambitious climate goals of any U.S. city this year when the city council pledged to use all carbon-free energy by 2035 and to reach net-zero emissions by 2050.