You are here: Home / News / Union members to vote on tentative agreement between UAW and Deere & Co. 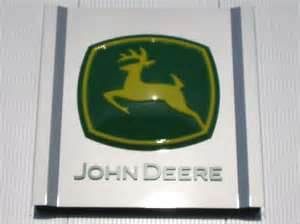 Negotiators for the United Auto Workers and John Deere have reached a tentative agreement on a new contract that would lead to immediate 10% raises. Local unions have announced members will vote on the offer Tuesday.

Union members overwhelmingly rejected the company’s first offer and more than 10,000 Deere & Co. workers went on strike October 14. The strike will continue until a new contract is ratified. A UAW official says there are “enhanced economic gains” in the second offer. According to a statement from the company, the new six-year-long agreement would cover workers at 15 production, maintenance and parts facilities. About 6700 people work at Deere plants in Iowa.

Local unions announced on Facebook that John Deere is offering a 10% pay raise in the first year of the proposed contract, followed by 5% raises in years three and five of the six-year-long contract.