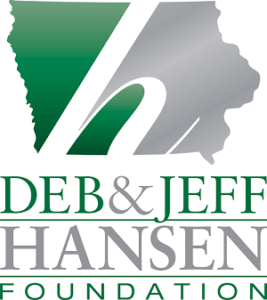 A non-profit founded by the owners of the largest hog operation in Iowa is distributing kits in schools that contain coupons for pork. Eleanor Koru,, spokeswoman for the Deb and Jeff Hansen Foundation, says they’re visiting nearly 90 Iowa school districts this month.

“We travel to schools and districts and supply the teachers with what we call Teacher
Supply Kits which contain coupons packets and booklets full of recipes and information about how nutritious pork is,” she says, “and why it is so important to fill these kids and schools with pork.”

The foundation has been operating this “Power Snack” program for Iowa school kids the past nine years. “On top of loading them up with information and recipes, we include a coupon for $5 worth of fresh deli ham and $3 for a whole wheat loaf of bread,” Korum says, “so they can go to the grocery store and supply themselves with the nutrients they need in order to be able to make themselves a wholesome meal.”

Childhood hunger continues to be a challenge in Iowa, according to Korum.

“Currently, it’s one in eight children are labeled as food insecure and, of course, one is too many,” Korum says. “We really hope that through this Power Snack program that families are able to supply their kids with ham and deli meats and easy-to-follow recipes that they can use.”

The coupons are distributed based on need. Last year, the foundation estimates it distributed coupons that may have been converted into about 70,000 ham sandwiches. The Hansons founded Iowa Select Farms in 1982. It is now the eighth largest hog operation in the U.S.