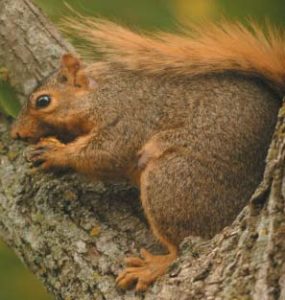 An Iowa City man who was trying to shoot a squirrel in his yard with an air rifle is now facing charges.

Iowa City police found a man involved in a single-car traffic accident on Highway 6 on October 17th who had been shot. Sixty-nine-year-old Philip Olson heard about the accident and turned himself in –telling police he was trying to shoot a squirrel from his home along Highway 6 with a .22 caliber air rifle.

Air rifles are not considered dangerous weapons under Iowa code — but city code prohibits shooting an air rifle, toy pistol, toy gun or slingshot within city limits — and Olson faces a code violation. He also is facing DNR charges of hunting without a license or habitat fee, unlawful attempt to take a squirrel, and shooting a rifle over a highway.

The man who was shot remains in the hospital.

Update:
The man who was shot is 20-year-old Gabriel Heefner of Kirkwood, Missouri.  Heefner is a Marine who was visiting relatives in Iowa City at the time of the shooting.