You are here: Home / News / Climatologist: snow this winter a coin flip due to La Nina phase in Pacific 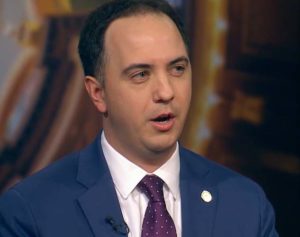 State Climatologist Justin Glisan says it’s difficult to forecast whether this winter will be snowier than usual.

That’s because the Pacific Ocean is currently in what’s called a “La Nina” phase, when thunderstorms are pushed further west. “And that impacts the jet stream over the United States,” Glisan says. “…We have a bullseye for above average precipitation in the Ohio Valley into the Great Lakes and in the Pacific Northwest. Southern states are dry. Iowa happens to be right in the middle of that interface.”

Glisan says the Pacific was in its colder, La Nina phase last winter, too.

“We had the 12th snowiest winter in record with nine inches above average, so it’ll depend on the strength of that La Nina phase. Right now, it’s looking weak,” Glisan says. “When we look at precipiation behavior for La Nina in the wintertime, it’s all over the board.”

Glisan made his comments during a recent appearance on “Iowa Press” on Iowa PBS.. The National Weather Service forecast indicates there are chances for light snow in parts of Iowa tonight into Friday morning.