You are here: Home / Human Interest / U-I expert discusses how to handle vaccination talk during the holidays 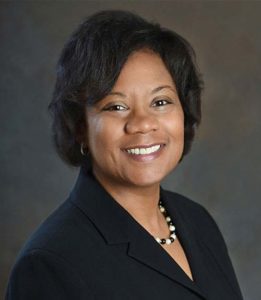 It’s long been said you should never discuss religion or politics in polite company, but a third topic is being added to the list this holiday season: vaccinations.

Many Iowans are planning their first big family meals in a few years, and University of Iowa professor and psychologist Michele Williams says if you’re concerned some family members may endanger others, you’ll need to speak up.

“That dividing line that happens a lot in families is usually resolved by deciding we’re only going to talk about football or the kids or other things that we have in common and we’re not going to talk about politics,” Williams says, “but with the issue of vaccinations, health becomes involved and people have very strong opinions.”

While some family members may want to be cautious for children or the elderly at Thanksgiving, for others, not getting vaccinated is part of their identity and it’s an expression of personal freedom.

Williams says the routine phone call to a cousin or nephew may get uncomfortable, quickly, if you go about it the wrong way. Then again, in some families, there may not be a “right” way. Still, if you’re hosting an event and want to ensure everyone who attends is vaccinated, try to make it a dialogue and not a debate.

“I think it’s starting off with those ‘I’ statements,” Williams says. “‘I’m really concerned about Aunt Betty, or Mom or Grandma. I don’t want us to have a family gathering that results in them getting sick, getting hospitalized. Let’s talk about what we can do,’ and get the other person’s perspective.”

Some Iowans have quit their jobs to avoid mandatory vaccinations at their employer, she says, so it’s clearly an issue about which they feel strongly. If someone is not welcome at the table due to their vaccination status, perhaps they’d still be able to enjoy everyone’s company with a compromise:

“Why don’t we have dessert outside where everyone will be safe and we’ll have hot cocoa and cider and pie in the backyard by the fire pit,” Williams says. “Everyone will have that time together but we won’t be inside in an enclosed area for long periods of time.”

Williams is a UI professor of management & entrepreneurship in the Tippie College and she’s a psychologist who specializes in management communications and relationships.