You are here: Home / Fires/Accidents/Disasters / Hornick may finally get flood protection in place 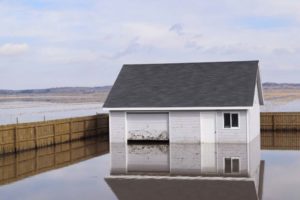 After major flooding in 2019, a small western Iowa town is making progress toward building a protective flood barrier, with the construction of a berm scheduled to start in the spring.

“For me, it truly isn’t going to sink in until we start moving dirt,” Mitchell says. “Then I can say we’re to that point where we know it’s going to be built and we’ve climbed all them hills and have made it through all the things that have made it difficult through the way.”

The town has been discussing the construction of a berm since 1996, but only received the two-point-one million dollars needed to fund the project through the 2019 Flood Recovery Fund. Mitchell hopes to see construction complete by the fall of next year.

Hornick was inundated by the West Fork of the Little Sioux River nearly three years ago.