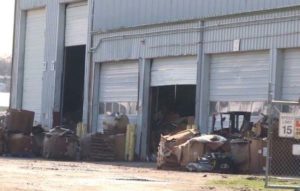 A former member of the city council in Sioux City has been ordered to pay a $4 million fine for committing what a federal prosecutor calls “environmental crimes.”

Forty-seven-year-old Aaron Rochester of Sioux City ran businesses  that promised to recycle electronic components. In 2018, the State of Iowa filed a lawsuit against Rochester, accusing him of illegally storing 12 million pounds of hazardous waste in Sioux City at the business called Recycletronics, and another 4.5 million pounds of waste at sites in Nebraska. It was mainly the leaded glass from televisions and computer monitors according to court records.

A Special Agent for the EPA says Rochester’s “disregard” for the laws governing how to properly handle hazardous waste “posed significant risk to nearby communities.”