You are here: Home / News / School board votes to end use of Mohawks mascot name in Mason City 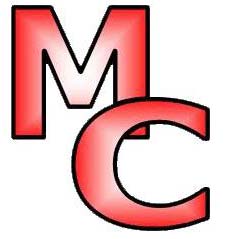 By a unanimous vote, the Mason City School Board Monday night approved beginning the process of retiring “Mohawks” as the district’s mascot and nickname.

The issue of the school’s nickname is tied into logo and branding discussions that the school district has been having for the last year. The Saint Regis Mohawk Tribe recently called for the district to end the use of the name and associated imagery.

Board member Katie Koehler hopes the community can turn its passion on the issue into finding the best new name possible for the students. “They are so much more than a label,” Koehler says. “They leave here and they represent us, not as a label, but as an amazing human soul that goes out and does the best they can for the community that raised them and the communities they encounter.”

Board member Peterson Jean-Pierre says it wasn’t hard to make a decision to move forward and find other things that can represent the community as a whole without offending anyone or anything.

“No one is taking away your pride and your compassion,” Jean-Pierre says. “The change of a name does not take away the years that you spent as a Mohawk. We’re not asking you to take your jerseys, or your shirts, or your paraphernalia or whatnot that has that logo on it and saying trash it. Love it, you love it, we love it, but if someone is asking you to hear them, and understand them and respect them, it’s our duty to do that.”

Seven people, four for keeping Mohawks and three supporting the name change, spoke to the board prior to the vote. Jan Groff is a retired teacher and coach and graduate of Mason City High School. She says she never saw or read anything disrespectful about the Mohawk and that the name was held in high esteem, pride and respect.

“I’m afraid that the decision will be made in this current atmosphere of what I want to call hypersensitivity,” Groff says. “I would hate in a few years to look back and wonder what we were thinking, dropping or changing the Mohawk after nearly 100 years. That is five generations of Mohawks, and quite the legacy and tradition that we have at our high school here in Mason City.”

Cristy Tass says the Mohawk name has not been used in any disrespect by the school district.
“Mason City has promoted the Mohawk name with values that inspire respect and have used logo images that are not caricatures, but portraits that resemble historic paintings for 97 years,” Tass says. “Not now, nor in our history, have we ever portrayed a negative stereotype of the Mason City Mohawks. Quite the opposite. For 97 years, we have worn this logo with ultimate pride in our school.”

The board approved administrators to start the transition from the use of the Mohawk name and mascot, including Native American images, symbols, and likenesses to a new mascot immediately and for the administration to present at the board’s January 17th meeting a timeline to complete the transition from the Mohawk name and a plan to adopt a new mascot before July 1st.

The district will immediately stop using Mohawks to introduce athletic teams, and the name will be removed from electronic communications such as the district’s website and other documents that can easily be edited.