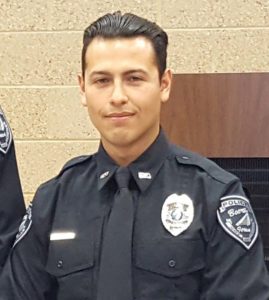 A memorial fund has been set up at a bank in Boone for the young family of a Boone policeman who died in an off-duty accident this weekend.

The Boone Police Department’s Facebook page indicated Mario Gonzalez died in a traffic accident on Saturday, but did not release details of the wreck. Gonzales, who was a member of the Iowa National Guard, had been a full time officer in the Boone Police Department from August, 2016 until October of 2019, when he became a part time officer in Boone.

Gonzales leaves behind a wife and two small children.