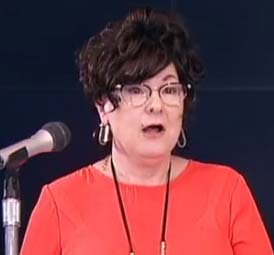 More than 180 insurance companies are now headquartered in Iowa — and Iowa Economic Development Authority director Debi Durham says no other state gets a higher percentage of its Gross Domestic Product from the insurance and finance industry.

“I have to say this is bragging rights for the state of Iowa. We took over the number one place in the nation ranking as far as GDP growth for insurance,” Durham says. “It used to be Delaware, Connecticut, then Iowa, but we were kind of far behind Connecticut and then Nebraska and so we took that number one space.”

According to the U.S. Chamber of Commerce, the insurance industry accounts for at least 16% of the jobs in metro Des Moines. Durham says manufacturing remains the dominant industry in the entire state of Iowa, however.

“Manufacturing is actually our DNA,” Durham says. “It is the largest part of our Gross State Product.”

Sixty-four percent of Iowa’s exports come from Iowa manufacturing plants and 15% of Iowa’s entire workforce is employed by a manufacturer.

“A large amount of research and development happens in this space,” Durham says.

According to the Iowa Economic Development Authority, manufacturing jobs in Iowa pay 25% more than the average wage for a private sector job.