You are here: Home / Fires/Accidents/Disasters / Popular truck stop near Rockwell City burns down 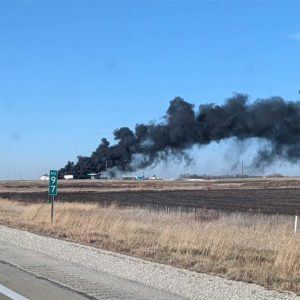 A familiar pit stop for motorists traveling along Highway 20 near Rockwell City was reduced to rubble in a massive fire Tuesday.

Multiple media outlets report a semi parked at the pumps right beside Sparky’s One Stop caught fire and the flames quickly spread and engulfed the building.

The convenience store burned to the ground and is a complete loss with damage estimated around $5 million. The truck driver was hospitalized and treated for smoke inhalation but no one else was hurt.

Investigators are working to determine what caused the truck to catch fire. 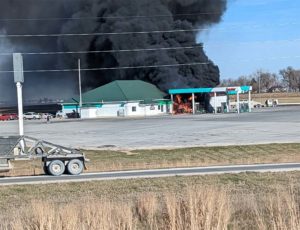