You are here: Home / Crime / Courts / Use caution if caller asks for money, even if it seems legit 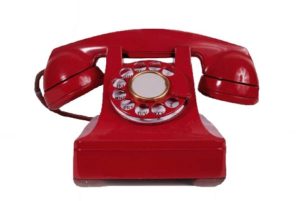 With its first-in-the-nation presidential caucuses, Iowa is always a focal point for politics and some campaigns are already launching fundraising efforts — but who can you trust when a caller asks for money?

Consumer protection specialist Lara Sutherlin says you should treat unsolicited messages to donate to a political campaign the same way you treat spam or possible scams.

Sutherlin says, “Pop-up emails, pop-up social posts, pop-up texts, all of those things could have nefarious links in them, could lead you into a space where they’re trying to actually steal your information, steal your money.”

Earlier this year, she says some political action committees — or PACs — were caught signing people up for high monthly donations without giving them the proper notice.

“There was a recent report in the New York Times about elderly individuals spending an inordinate amount of money on PACs,” she says. Sutherlin says some political action committees have been masquerading as charities or representing themselves as donating money to candidates when they really aren’t.

“Sometimes you can’t tell who you you’re talking to, right?” Sutherlin says. “Sometimes you think it’s a charity and it’s actually a PAC and there’s very, very little money going to the actual cause that they’re calling you about and it’s really hard to figure it out.”

Much like donations to charities, Sutherlin says you should investigate the groups you’re considering sending money, and find out how much of that money actually goes toward a candidate or a cause before making a donation.