You are here: Home / News / O’Donnell is next Cedar Rapids mayor, close contests in Cedar Falls and Atlantic 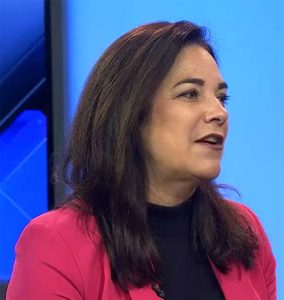 Voters in Iowa’s second-largest city have selected a former TV newscaster as mayor, the incumbent mayor in Cedar Falls narrowly won reelection and the mayor’s race in Atlantic was decided by just a handful of votes.

Tiffany O’Donnell won the run-off election in Cedar Rapids and will be sworn in as mayor in January. O’Donnell focused on the city’s recovery from the 2020 derecho and the massive flooding in 2008.

“There is an optimism and it’s palpable and I feel really fortune if I can be the person who can shepherd that and shepherd Cedar Rapids into this, to new heights,” O’Donnell said during an interview with Iowa Public Radio. “I look forward to that.”

Unofficial results show O’Donnell finished with 68% of the vote. O’Donnell, who had worked as a news anchor at TV stations in Des Moines and Cedar Rapids, is CEO of Women Lead Change, an organization that hosts conferences around the state and manages the Iowa Women of Achievement Awards.

Cedar Falls Mayor Rob Green was reelected with 51% of the vote. Today’s other race for mayor was in Atlantic, where unofficial results show Grace Garrett won by just four votes.  She will be the first woman mayor in Atlantic.

“I am very excited to be madam mayor of Atlantic,” Garrett said, “and I am truly humbled and honored to serve.”

Garrett has been an at-large member of Atlantic’s City Council, but will take the center seat at council meetings after she’s sworn in as mayor in January.

“I have been talking to a lot of people who have some great ideas and I believe that the community is going to step up and they are ready to move forward,” Garrett says, “and there are people that are excited, as well, for this new era of our town.”

Garrett’s at-large seat on Atlantic’s City Council will either be filled by appointment or by special election, depending on the wishes of the council. There were two other run-off elections in Iowa yesterday.