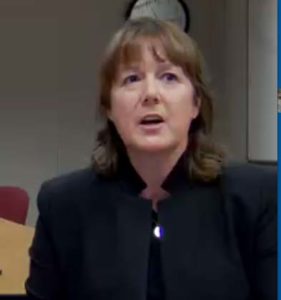 The director of the AG’s Crime Victims Assistance Division, Sandi Tibbetts Murphy, says the work will continue to process all sexual assault kits.

“Kits before April of 2015 were eligible for testing, not any that were developed afterward. So, we want to go and find out where those kits are,” she says.

Murphy says they now have more resources to look at the kits that are out there.
“The legislature did help us this year in allowing us to create a full sexual assault response unit,” she says. Murphy says they have a sexual assault crimes investigator who has been working on the project and also training law enforcement and medical personnel.

“We will soon have a sexual assault forensics response coordinator to join in that — to focus on the forensic side of things — the kits, the sexual assault nurse examiners, the medical facilities, and continuing the best practice of a multidisciplinary response,” according to Murphy.

Murphy says they have made great progress in addressing this issue — but still have a bigger goal. “We always say that until every victim has an advocate, until every medical facility has access to a trained sexual assault nurse examiner when a victim presents. And if we can continue to improve the law enforcement investigation and prosecution with respect to understanding the trauma-informed work with victims — those are always our big goals,” Murphy says.