You are here: Home / News / Effort to bring back wetland shows early success 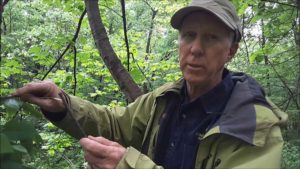 Some of Iowa’s most rare plants are growing in a unique wetland in northwest Iowa that was heavily farmed for 70 years. The wetland, called a fen,  relies on groundwater.

Kauten says, “You can’t always count on that, but in this case, it really worked to our advantage that the hydrology was what was really driving the vegetation more than atmospheric conditions.” Researchers have seen plants that they expect to live in most wet prairies. They’re waiting for the types of plants specific to fens to show up, but they’re not sure if they will return or how long that could take.

John Pearson is a botanist with the Iowa Department of Natural Resources.  “We only had one full growing season, so we’re early into this, folks,” Pearson says. “It’s probably going to take 100 years. We’re 1% of the way into that project.” Private land that contains a part of this fen was enrolled as a conservation easement with the NRCS, so it’s protected from future development.