You are here: Home / News / Morningside University names Mosley as its next president 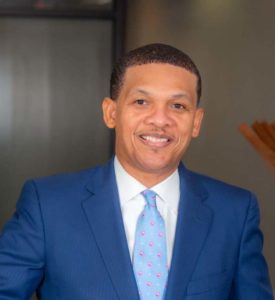 Morningside University in Sioux City has named its 13th president.  Albert Mosley is a Methodist minister with administrative experience at a Georgia seminary and a historically black university in Florida.

“Morningside, I am so thrilled to become part of this great community, and my family and I look forward to joining a community that shares so many of our values and so many of our priorities,” Mosely said. “Morningside is a very special place. Since its founding in 1874, this institution has always focused on developing students as whole persons.”

Mosely will succeed John Reynders, who will retire after serving as Morningside’s president for two decades. Moseley will take over this summer.

“I want you to know how much we are looking forward to getting to know the community in the coming months,” Mosley said yesterday.

Moseley was president of Gammon Theological Seminary in Georgia for six years and during his tenure there he erased the institution’s debt and grew its endowment
by 75 percent. Mosley recently served two years as executive vice president and chief operating officer for Bethune-Cookman University in Daytona Beach, Florida. Mosley’s currently a senior VP at a Methodist hospital in Memphis.

He holds degrees from Yale, Duke, Millsaps College, and a seminary in Liberia. A decade ago he was university chaplain at Johns Hopkins University in Baltimore.