You are here: Home / News / State officials will be involved in redevelopment of Iowa Greyhound Park 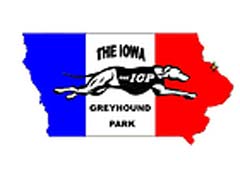 Greyhound racing is scheduled to end in Dubuque next spring and Iowa Racing and Gaming Commission Administrator Brian Ohorilko says the commission will be involved in deciding what’s done with the Iowa Greyhound Park property.

“The commission would, ultimately, have to approve or reject any type of capital improvement project,” he says, “and at this point I know there are discussions and I expect that we probably will see some plans in the next year or two.”

The license for racing in Dubuque has been held by the Iowa Greyhound Association, representing kennel owners, but Ohorilko says the track’s property is owned by the City of Dubuque and leased by the Q Casino.

“We have not seen any formal plans, but I expect that area will be developed in the near future,” Ohorilko says.

Ohorilko made his comments during today’s taping of “Iowa Press” which airs at 7:30 tonight on Iowa PBS.

The Dubuque Greyhound Park opened in June of 1985 and it was the first licensed dog racing track in Iowa. The greyhound track in Waterloo closed in 1994. The state’s other greyhound track was in Council Bluffs. It closed in 2015. The Iowa Greyhound Park in Dubuque is currently scheduled to hold an 18-day spring racing season and close in May. Once the Dubuque track closes, there will be just two greyhound racing facilities left in the U.S.