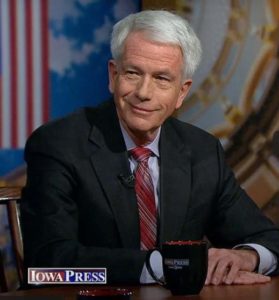 A representative of the 19 state-licensed casinos in Iowa says lawmakers may debate legalizing online casino gambling, but no during the 2022 legislative session.

“We don’t envision any legislation coming forward, but if it is, we’re going to be neutral,” Ehrecke says. “We have some of our members that support looking at it. There are others that are opposed. They have questions and thoughts and so this is going to need to evolve over the next year or two before any serious legislation or consideration would happen.”

It became legal for Iowans to place sports bets online on August 15th of 2019. Ehrecke says he doesn’t expect making online casinos legal as well would lead to the demise of the brick and mortar operations in the state.

“It’s not just gaming,” Ehrecke says. “It’s the dining, the hotels, the comedy clubs — the variety of things that are within a casino, plus the concerts and conventions and the like. We’ve really created premier destinations in 19 places.”

But Ehrecke says analyzing the record in the six states that have legalized online casinos will be key. He says there’ll be questions of how online gaming revenue compared to in-person wagering and whether foot traffic declines significantly in casinos.

“Is it going to be something that’s worthwhile like when we’re having our blizzards in the wintertime and things like that, so there’s just a variety of things — and how to structure it properly,” Ehrecke says. “You know, where’s the appetite for Iowans and legislators to want to have this as an option?”

Ehrecke made his comments during an appearance this weekend on “Iowa Press” on Iowa PBS.