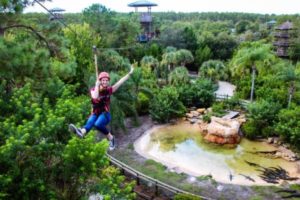 With two Iowa football teams in bowl games in the same Florida stadium just three days apart late this month, many hundreds of Iowans are making holiday plans in the Sunshine State.

John Roberts, assistant manger of the AAA-Iowa branch in metro Des Moines, says travel packages for Cyclone and Hawkeye fans abound and those all-in-one packages make the most financial and logistical sense.

“You don’t have to worry about how you’re getting there, getting to and from the game, worrying about traffic and those things,” Roberts says. “Plus, you’re going to be placed on a bus with a lot of like-minded people who are there to celebrate the team’s success and be there to have a good time, so you’re not out there on your own.”

Both universities’ alumni associations are offering all-inclusive packages to Orlando through third-party vendors which promise to be filled with fight song-singing rallies and post-game festivities.

“If you don’t like to go with that type of a group, we can do anything from help you plan a road trip down there to making sure arrangements are there to fly, get to a hotel, transportation options and things like that,” he says, “making sure you get to the game and can enjoy it and also have the rest of the trip the way that you want to make it.”

Orlando is an entertainment wonderland focused on all of its world-class magnets including Disney World, Epcot, Universal and SeaWorld.

“I would love to go spend some time at some of those amusement parks because I have a family, but that’s not for everybody,” Roberts says. “There’s so much to do there, everything from Gatorland to amusement parks to the Kennedy Space Center about an hour away. There’s something for everybody there.”

Iowa State will meet Clemson in the Cheez-It Bowl on December 29th, while Iowa will play Kentucky in the Citrus Bowl on January 1st — both at Camping World Stadium in downtown Orlando.