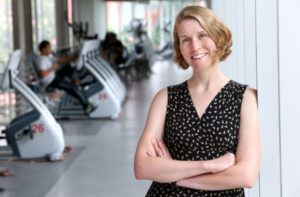 If you’ll be making a New Year’s resolution tonight, you may need to genuinely focus on making the change in order to keep the pledge.

Alison Phillips, a psychology professor at Iowa State University, says our approach to making resolutions usually sets us up for failure.

“I’ve seen two different statistics, one is that 80% of resolutions fail by the second week in February,” Phillips says. “The other is a bit less depressing and that’s 40% of us are still hanging on after four months. Either way, long-term efforts at changing our behavior generally fail.”

Phillips, who studies behavior change and habit formation, says to focus on how to make changes that will lead to creating a better version of yourself.

“This is important because behaviors that do stick around are those that become part of our self-identity, it’s how we see ourselves,” Phillips says. “They’re usually things that we’re proud of, that we’re good at, and they make us feel like we’re competent at something.”

Zero in on things you can become good at and that you see yourself doing and take pride in, she says, as those are the kinds of things people won’t give up on.

If better physical fitness is your target, Phillips says it’s important to aim for specific goals that focus on behavior and not on certain outcomes, like a number on the scale.

“If you prefer bicycling to running, by all means, go for the bike,” Phillips says, “even if it’s in the gym and the stationary bike isn’t awesome, maybe try a spin class until the weather is nicer.”

Everyone fails, she says, so plan ahead and rehearse how you will cope when you run into barriers. Also, social support is important, so in addition to having a workout buddy, make sure your family is on board, too, and will encourage you as you create new, positive habits.