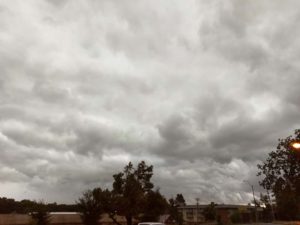 The 2021 weather year wasn’t one that will end up at the top of the list when it comes to extremes — but there were a few numbers and events to note.

He says 2021 came after a very dry 2020. Some areas caught up by the end of the year — while others continue to see rainfall deficits. “In the driest parts of the state anywhere from eight to twelve inches, now these are smaller pockets than where we were last year. Now we do see some pockets in the state — western Iowa and southern Iowa — that are near normal to above-average precipitation,” Glisan says

One thing 2021 didn’t have was a lot of severe weather — but there were major tornado outbreaks in July and with the serial derecho in December. “The last of which — the December 15th event — is the largest tornado outbreak that we’ve seen on a single day, with preliminarily 43 tornadoes, which broke the record set on August 31st of 2014 of 35 tornadoes,” according to Glisan. “Having a tornado outbreak of that scale is an extreme event. But having that happen in December is unheard of.”

Glisan says the December derecho is an event that will be studied for some time. He says the lack of severe weather tied in with the dry conditions. “It’s a reflection of the subsoil and topsoil conditions. Low-level moisture — if it’s not available — you can’t pop up thunderstorms. If you don’t have thunderstorms you can’t have severe weather, no rainfall, drought. So, it does go hand in hand,” Glisan says.

He says the temperature situation was a little unusual as well. “Temperature-wise we were almost two degrees above average. It’s hard to get above or below a degree in terms of annual temperature — so that’s another significant thing we saw,” Glisan says. December alone saw temperatures average 32 degrees — which is 6.5 degrees above normal. Temperatures rose into the 70s on some days in December.