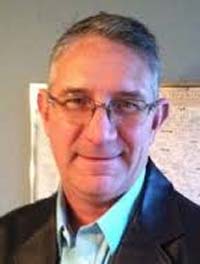 The Plymouth County Board of Supervisors is joining other counties in requesting that the Iowa Utilities Board deny the use of eminent domain for two proposed carbon-dioxide pipelines.

Plymouth County Supervisors Chairman, Don Kass, explains the supervisors’ position.
“Frankly, the precedent set by granting eminent domain for projects like this would mean that eminent domain could be used for any number of projects for which it never was intended,” according to Kass. “We respectfully ask that the IUB deny these permits to these two entities — and in the future consider only projects that actually served the actual public good.”

Kass says the supervisors feel there are good uses for eminent domain. “You know, things like roads, and bridges, and schools and police stations and fire stations — that is what eminent domain was for — for the public utility. In recent decades it has bled over into other things that are profit centers,” Kass says. He says electric lines and natural gas pipelines are another example of something that is needed to serve everyone.

Kass says the CO2 pipelines are not the same thing. “This is nothing more than a profit center for their investors that has to do with CO2 sequestration. Which would be of a benefit to the ethanol industry, but it’s not necessarily a public utility,” Kass says. “I am all for people investing and making money — that’s great. But they shouldn’t be able to use the inherent power of the government to be able to take the things that they want for this nature.”

Dickinson, and Kossuth Counties have one of the pipelines running through them and have made the same request to the Iowa Utilities Board. Kass says his discussions with other counties indicate they may do the same.