You are here: Home / News / Judge to rule soon on lawsuit seeking to block feedlot near trout stream 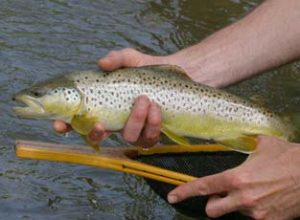 A district court judge says he’ll rule soon on a lawsuit challenging a state permit for a feedlot with 11,600 cattle near a prized trout stream in northeast Iowa.

The Iowa Chapter of the Sierra Club sued last September after Supreme Beef won permission to put the open feedlot near the headwaters of a stream that’s in the environmentally sensitive driftless region. During a virtual hearing Thursday, Assistant Iowa Attorney General David Steward represented the DNR and asked the judge to dismiss the suit.

“In the present action Sierra Club’s petition points to no evidence that a harm has ever occurred, that there is any perceptible present or eminent harm,” he said. “Furthermore, allegations of increased risks of environmental harm are by Sierra Club’s own admission based on speculation.”

“When is the appropriate time? Do we have to wait until manure is applied?” he asked during yesterday’s hearing. “We don’t even know when it’s going to be applied because we don’t have access to the application records or anything like that.”

The lawsuit claims the DNR approved Supreme Beef’s application despite receiving calculations that the feedlot’s manure management plan was flawed.