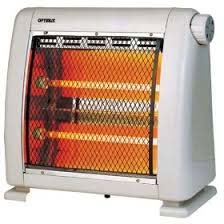 Many Iowans try to combat the bone-chilling cold of winter with space heaters, but they can also bring an increased risk of house fires.

Le Mars Fire and Rescue Chief Dave Schipper says space heaters can provide much-needed warmth to an icy room, however, they can also be very dangerous if they’re misused.

“We want those plugged directly into an outlet and not onto an extension cord, they draw a lot of juice,” Schipper says. “We want at least three feet of clearance around them of combustibles. A couple of the recent fires we’ve had, those space heaters were too close to bedding, blankets, combustible material.”

The more modern space heaters have been manufactured with better safety features, yet they’re not foolproof, especially if you set a load of laundry down next to one.
“A lot of the newer ones have safety tip-over switches, meaning, if they get knocked over, they’ll shut themselves off,” he says, “however, even those, if they’re too close to combustibles, will ignite a fire.”

Schipper says portable heaters can be a real hazard if they’re left unattended. “Space heaters should never be running when you’re not around,” he says. “So, whether you have it at home or work or wherever, the only time it should be operating is when you’re with it. Otherwise, those should be shut off.”

The chief strongly recommends smoke and carbon monoxide detectors in all homes.