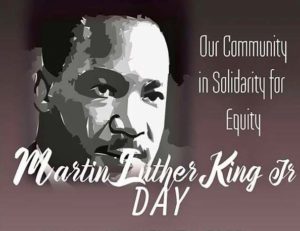 A Sioux City church is hosting an event to promote solidarity and equity through song tonight.

In the annual Martin Luther King Jr. Day tradition, a choir will sing songs of healing to honor his legacy.

NAACP local chapter vice president Treyla Lee says the event is about uniting to recognize the fight for equality. She says the music itself shows what the community can do when it comes together.

“The choir is a great example of everyone having what fits them,” Lee says, “but all having a voice to carry out one note.” Lee says she wants people to leave the church knowing their voice is important. From city leaders to students, everyone is invited to carry King’s legacy forward by carrying a tune.

Sandra Pearson will conduct the choir at Kingdom Ministries Church. Her family has helped put the event on since it first began in 1982. Pearson says the community uses music to achieve healing — something she feels many are seeking right now.

“This country, in my opinion, has been divided on so many levels and to keep pushing for unity and equality is so, so important,” Pearson says. “We don’t want to ever stop fighting.”

The 7 p.m. event will also feature speakers, dancing and a call for action for people to exercise their right to vote. Pearson hopes singing together can help the community reach the same harmony as the voices in the choir.