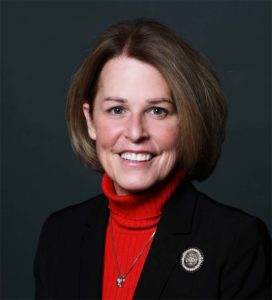 House Republicans are proposing a series of steps to address gaps in Iowa’s mental health system, including state spending to add 46 psychiatric beds at the state Mental Health Institutes in Cherokee and Independence. That’s a 50% increase in treatment beds for critical cases.

“We don’t have enough beds that will take crisis patients,” says Republican Representative Ann Meyer, “and this is going to be a heavy lift.”

She says there’s no estimate yet on the cost. Meyer, who is from Fort Dodge, says the issue came up in conversations with law enforcement and with constituents as she campaigned.

“I had so many people standing at the doors telling me 20 minute stories about loved ones that don’t have access to mental health services,” Meyer says, “that are living on the streets, that are in crisis constantly.”

One initiative would have the state spend $1.2 million to support a dozen psychiatrists-in-training from the University of Iowa who’ll be working at the two Mental Health Institutes and at the Iowa prison system’s intake center in Oakdale.

“The pipeline of doctors, we need that,” Meyer says. “When the DMU/Broadlawns residencies introduced a few years back, there were 800 applicants, so we know we can fill those slots.”

There are not enough spaces in substance abuse treatment programs for people who’re self-medicating to deal with their mental health issues, according to Meyer, who is chair of the House Human Reources Committee. She says some hospitals are not accepting suicidal patients.

“My hospitals are telling me you know any day there can be one to five sitting in the emergency room or the ICU, which is the only locked room in our hospital, and no treatment, no place to send them,” Meyer says, “and sometimes they’re released without treatment,”

Meyer says these issues came up repeatedly as she’s campaigned. “I had so many people standing at the doors telling me 20 minute stories about loved ones that don’t have access to mental health services,” Meyer says, “that are living on the streets, that are in crisis constantly.”

Meyer says she met one young woman was desperate to find help for her homeless brother who was suffering from PTSD — and Meyer saw the man on the street a few minutes later.

“There’s so many stories like that,” Meyer says. “…It’s just such a crisis.”

House Republicans are also proposing a loan repayment program for psychiatrists, nurse practitioners and therapists who can prescribe medication. The plan would require the medical professional to agree to practice in Iowa for five years, which Meyer says will hopefully mean they’ve put down roots and will stay in Iowa.