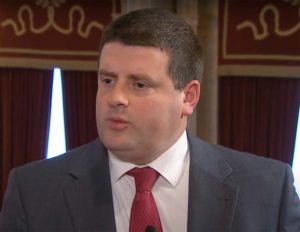 Speaker Pat Grassley says Republicans in the House will advance a plan next week that sets the general level of state taxpayer support of Iowa’s public K-12 schools for the next academic year. Republican Governor Kim Reynolds has recommended a 2.5% increase.

“That’s a pretty reasonable estimate,” Grassley says. “We’re still reviewing some of the other pieces when it comes to transportation and the per pupil equity, those pieces that have been part of those discussions.”

Grassley isn’t ready to reveal whether House Republicans hope to again send more state money to cover busing costs in schools that cover large geographic areas. The Central Decatur school district, for example, covers 60% of the county and has had the highest per pupil transportation costs in the state.

Democrats have said a 2.5% increase in general state aid for schools is not enough to cover the costs districts face and respond to staffing issues.