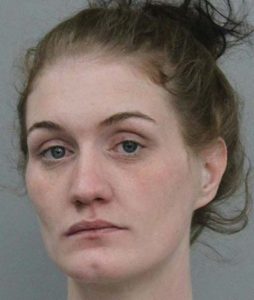 A woman is in custody after a high-speed chase in a stolen vehicle on Saturday.

The pursuit started near the Meskwaki Casino in Tama County and ended in Marshalltown. A Tama County Sheriff’s deputy initially discovered the stolen vehicle at around 1:20 p.m., at which time the deputy attempted to initiate a traffic stop.

The driver, who was later identified as Kathleen Dolan, 29, of Marshalltown, instead led authorities on a high-speed vehicle pursuit along U.S. Highway 30 into Marshall County, with the chase eventually coming to an end after her vehicle was disabled by police just north of the main downtown area of Marshalltown.

Dolan was taken into custody and charged with second-degree theft of a motor vehicle; operating while under the influence; and possession of a controlled substance – methamphetamine. Dolan was placed in the Marshall County Jail following her arrest before being granted a supervised release on Sunday. She was ordered to report to the Iowa Department of Corrections for further disciplinary action.

Additional charges against Dolan are pending in Tama County.