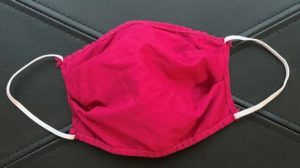 The Sioux City school board will consider at their meeting today revising a policy to allow the superintendent to enact a temporary mask mandate for an individual school building.

Superintendent Paul Gausman says it would update the policy that’s used for other emergencies to allow him to respond to increases in COVID cases. “That policy has been in place for years and years and years to deal with inclement weather and other things. Obviously, at the time the policy was originally crafted facemasks weren’t something that would even be considered — but they are today ,” he says.

Gausman says the pandemic has hit some school buildings harder than others. “There was one building last week that we were watching really closely. No because of student numbers — but because of staff numbers….we have to have enough staff in there to serve those students,” Gausman says.

Gausman says the policy will be flexible based on the changing conditions. “We are talking about a time-limited mask mandate for a specific building as an example. So, the school board would give me the authority to say that the numbers have climbed to a certain level
in this building, I’m going to put a mask mandate in place for a week,” Gausman says. “Those numbers come back down again we’ll move on afterward without that mask mandate still in place. Or if they just don’t move at all, then we will extend it for another week. And so that’s how this will feel.”

He says they hope to keep the buildings open that aren’t being badly affected by COVID while dealing with those that are. Gausman says they will ask for parents to help by sending students to school with a good mask. The school board will consider the measure tonight.