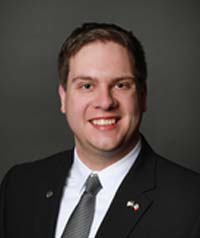 A teacher who’s also a state representative is sponsoring a bill to make it clear school-owned Wi-Fi systems may block access to certain internet sites.

“I can’t tell you the number of times I — in any place I’ve ever taught — have seen the kids on Facebook or Twitter or Snapchat,” Gobble said, “and it’s obviously not an academic purpose.”

During a subcommittee hearing on the bill, Gobble said “a lot” of schools are blocking certain websites, so students using the school’s Wi-Fi cannot access social media, but other districts are concerned about accusations of censorship and this bill provides those districts some “cover.”

“The goal of social media is connection, but a lot of what it comes to is judgement or you’re comparing yourself,” Gobble said, “and so I think at least giving our kids an eight hour break during the school day to focus on school, be a kid is kind of why I brought this bill forward.”

Representative Tracy Ehlert of Cedar Rapids, another member of the House subcommittee, works in an elementary school and she said this move could help prevent some of the cyber bullying that’s going on.

“Of course the kids could still go home and get on it later,” she said, “but it’s one less thing the children would have to experience during the day.”

Ehlert said software is available that blocks certain sites and her school uses a program that lets math teachers see what each student is watching on their school-issued tablet during class.

“The teacher, on her computer, can pull up a screen that has a picture of every child’s screen and make sure that they’re actually on ST Math. If they’re not, we can kick them right off that site they keep going on it. You can block it for the day. You can block it indefinitely,” Ehlert saod, “so there is software out there to do this.”

“Instagram, Snapchat — they’re just constantly on it,” Gobble told reporters after the hearing. “We need to just disconnect a little bit. It’s a respect thing and it’s an ‘are you actually learning thing?’ and we’ve got to teach good habits early on.”

The bill has cleared the House subcommittee and is eligible for debate next week in the House Education Committee.