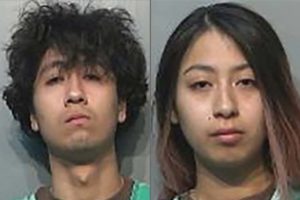 Des Moines police say a brother and sister are now jailed in a fatal shooting from last summer.

Twenty-year-old Jasmin Bautista and her 18-year-old brother, Jonathan, are charged with the murder of 43-year-old Javier Wilson-Moncada. His body was found along the banks of the Des Moines River back in August. Police are still seeking a third unidentified suspect.

The siblings were identified as persons of interest in the case in September, but were picked up by West Des Moines police over the weekend during a traffic stop.