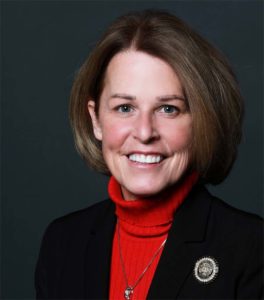 A small group in the Iowa House is working on a bill that would tax the liquid used in electronic cigarettes at or near the same rate as combustible cigarettes.

“I know that these systems were developed to stop smoking. I don’t think the kids in our high schools and middle schools are trying to stop smoking. This is the product they start with,” Meyer said during a House subcommittee hearing Thursday. “Nicotine does have bad effects on the brain. We know that.”

People who buy vaping products in Iowa pay the state sales tax, but people who buy a pack of rolled cigarettes pay a far higher tobacco tax. Opponents of a new tax on vaping liquid says it’s a healthier alternative to combustible cigarettes and should not be taxed like tobacco because there’s no tobacco in it.

Representative Steven Holt of Denison introduced the bill to spark a conversation about the products. Holt said his wife, who is a teacher, sees kids at school vaping with things that look like markers and other items that are really an E-cigarettes in disguise.

“I think it’s very concerning that kids are vaping at young ages and it may or may not be better than tobacco in the long run,” Holt told Radio Iowa. “I’m not sure we know that.”

Holt said he also understands some people use the product to stop smoking cigarettes and that’s something to be weighed as the debate continues. The bill stalled in the legislature last year, but has cleared a House subcommittee this week.