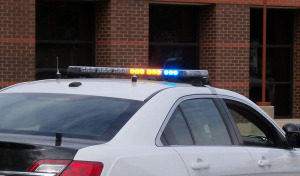 Authorities say the man who stole a vehicle with a child inside near Manson in Calhoun County has been apprehended in Missouri.

The Calhoun County Sheriff’s Office in a press release stated that 25-year-old Jabari Kolaker stole a vehicle at gunpoint around 10:15 Sunday morning fleeing with his two-year-old son. Kolaker was eventually located and arrested yesterday afternoon south of St. Louis, Missouri.

Prior to his extradition back to Iowa, Kolaker faces criminal charges in Missouri. The child was located and is safe. The owner of the vehicle stolen by Kolater was not harmed in the incident.