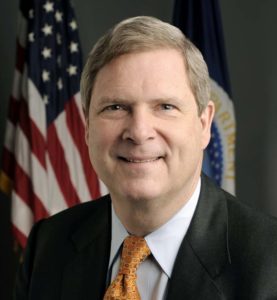 The U.S. Department of Agriculture is investing one billion dollars in projects it says will reduce greenhouse gas emissions on farms, ranches, and forests.

U.S. Ag Secretary Tom Vilsack says the initiative will help farmers generate more profits and make America more competitive in markets abroad. “We need to get there first,” Vilsack says. “We need to be able to say to the world, ‘We have led in this effort,’ in order to maintain and expand those export markets.”

The secretary says the funding will go toward projects such as cover crops and manure management. Vilsack, a former Iowa governor, is asking for ideas on how to execute practices like no-till farming and nutrient management on a large scale.

“We’re trying to incentivize the creation of climate-smart commodities that hold higher value in the marketplace,” he says, “that farmers can generate additional profit from, and capture value for the farmer.”

Local and state governments, nonprofits, and small businesses can apply for the federal money. The Biden administration is trying to slash greenhouse gas emissions from agriculture in half by 2030.

Vilsack announced the program Monday at Lincoln University of Missouri in Jefferson City.