You are here: Home / News / Democrat wants extension on evictions for DNR staff in 23 state parks 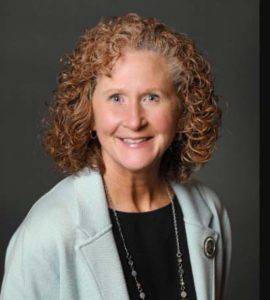 The top Democrat on a key committee is calling for extensions on the eviction notices sent to employees who live in state-owned housing inside 23 state parks.

The Department of Natural Resources estimates it would cost about $1 million to fix code violations and deferred maintenance, so park rangers, managers and other staff who live in the homes have been told to move out by November 30, 2022.

Representative Timi Brown-Powers of Waterloo, the top Democrat on the House Natural Resources Committee, said some of these parks are in remote areas and it’s a safety issue.

“Having a person on the park site is, really, ultimately helpful in case there’s an emergency,” she said.

The agency, in a written statement, said radios and cell phones can quickly summon on-call staff and two-thirds of state parks, forests and preserves do not have on-site housing for staff today.

Brown-Powers said the 26 employees who are impacted should be given longer grace periods to find other housing, especially since applicants for these jobs were rejected if they did not agree to live in the homes within the parks.

“Our staff at our parks don’t make a lot of money. These people do what they do because they love what they do,” Brown-Power said. “I think if we can humanize it and take it step by step for each park, I think that we would be better off.”

Brown-Powers pointed to the DNR’s decision to spend a million dollars to buy new signs for the parks rather than fix the dilapidated housing for park employees and she said that’s demoralizing for the staff. Representative Sharon Steckman, a Democrat from Mason City, said a park ranger told her he sold his classic car to come up with the down payment for a home outside the park where he works.

“This is the worst time to be trying to find a house to live in. The housing market is awful,” Steckman said. “They’re required to live within 20-30 miles of the park, so for some of them, that puts them in a really tough situation.”

An agency statement the DNR’s decision was “not taken lightly” and officials took into consideration the condition of the houses as well as the future of the State Park system as a whole.