You are here: Home / News / ISU researcher focuses in on what’s happening in online meetings 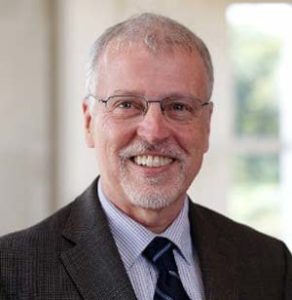 An Iowa State University study delved into what people are actually looking at during Zoom and Webex meetings.

Joey George, an ISU professor of information systems and business analytics, says they used eye-tracking technology to find participants -did- pay attention to whoever was speaking during video conferences, but they looked off-screen frequently and for long periods.

“We don’t know exactly what was going on in their heads,” George says. “We just know that for whatever reason they were disengaged from looking at the screen for about a third of the time.” Anyone who’s been on a video conference knows they can use the camera like a mirror, but shouldn’t do so during a call. Still, the study found women looked at themselves during video conferences twice as often as men.

“Women are much more conscious of how they look and they actually use that image of themselves in the meetings to make sure that their hair is right and their makeup is right and the clothing is all right,” George says, “and men apparently just don’t care as much.”

One of George’s personal pet peeves is people eating during a video call, so one of the distractions they used in the study was people munching on snacks or moving the camera to change the background.
“We found that everybody noticed the distractions but they really didn’t pay attention to them for very long,” George says. “They saw them, they registered them and within a couple of seconds, they went back to the meeting. I guess that’s kind of good news that the distractions are noticed but they just don’t become something that’s a major concern.”

The technology for video calling was around long before the pandemic, but George believes Zoom and similar programs will most certainly continue to be popular well after COVID is a distant memory.
“It’s not going to be the only game in town anymore,” George says. “People really like the personal contact, but I think it’s here to stay.”He says one goal of the study was to help people avoid distractions and to inform the future design of video conferencing.

George is launching another study this spring using the same eye-tracking tech to discover what aspects of social media posts people focus on when they are trying to determine if a post is true or contains misinformation.