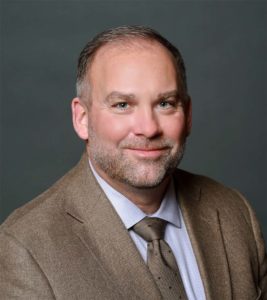 Lawmakers working for the past few years on legislation to protect mobile home residents from being priced off the properties have reached a bipartisan compromise.

Republican Representative Brian Lohse of Bondurant had hoped to do more, but he said the bill’s latest version has the support of mobile home park owners and is likely to pass the House.

“I believe it’s a meaningful bill,” Lohse said. “I believe it has some very good provisions for the tenants and, you know, in the long run maybe we can do other things as issues pop up.”

The bill would require notices of rent and utility increases be provided sooner and it would offer some protections from retaliation by mobile home park owners. It would not limit rent hikes. Senate Democratic Leader Zach Wahls of Coralville began working on the issue in 2019 after learning of sizable rent increases at mobile home parks in his area.

“There have been a host of people involved in this conversation. I would say that there are several good things in this piece of legislation that I’m happy to see. There are also a lot of good things that are not in this legislation,” Wahls said during taping of “Iowa Press” that airs tonight on Iowa PBS. “Of course, that is the nature of compromise…and I do expect that I will likely wind up voting for it.”

“The challenge of these out-of-state corporations exploiting our residents here in Iowa is significant,” James said. “This bill is not going to be the end-all solution for this. I think it’s one step forward in making sure that these residents have protections.”

The compromise bill would require notice for rent and utility hikes and for terminating a rental agreement to be provided 90 days in advance. Current law requires 60 days’ notice. The bipartisan bill cleared a House subcommittee this week.

There are at least 549 mobile home parks in Iowa and a recent report from the Legislative Services Agency found nearly half of them are owned by out-of-state companies.