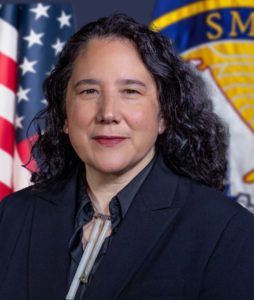 The administrator of the U-S Small Business Administration is in Iowa for the first time this morning, chatting with local merchants while doing a walking tour of the Valley Junction area of West Des Moines.

Isabella Guzman also led a roundtable discussion with members of the Des Moines Business Partnership. “I’d really love to hear from the small business owners. We know they’ve been facing uncertainty and challenges for a couple of years now, indefinitely having to adapt their businesses,” Guzman says. “So, understanding what they’ve had to do to succeed during this time in addition to accessing SBA’s COVID relief but also, what they see for the future.”

Guzman will be joined at the roundtable by Congresswoman Cindy Axne. Despite the challenges of the pandemic, Guzman says Iowa has myriad new possibilities appearing and we’re seeing high rates of entrepreneurship in the state and nationwide.

Guzman says the agency needs to know how best to support those businesses moving forward.
“SBA provides access to capital and resources, technical assistance, as well as assistance helping businesses access marketplaces,” Guzman says. “We want to make sure these businesses are positioned to take advantage of those opportunities on the horizon as well as position their businesses to be more resilient.”

As Radio Iowa reported in November, the Iowa office of the U.S. SBA made  $263 million in loans during the previous fiscal year, an increase of almost $30 million from the previous year, while the number of loans was up by 43 loans overall. Guzman says Iowa’s figures mirrored the nation’s growth.

“We had a historic year of lending last year, as well. In total, last year during the president’s first year, we put out $500 billion in both COVID relief as well as a record number of our core lending program,” Guzman says. “We’re hopeful that businesses are using that capital to grow, expand their employee base.”

The president of the Iowa Restaurant Association estimated Iowa lost about 700 bars and restaurants during the pandemic. She’d initially feared about a thousand would close. Those that survived learned how to shift and adapt, like offering online ordering and curbside to-go services.

“We were able to help, in particular, restaurants — as you mentioned — $122-million across the state. We helped 847 restaurants in the region,” Guzman says. “We were really pleased to be able to have supported those restaurants. We know that they were really hard hit. As we move forward, making sure they have the continued growth capital or just assistance, as you said, pivoting to new technologies.”