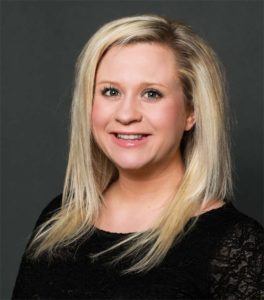 A House committee has approved a bill to classify most of Iowa PBS archived content as public record, giving anyone access to it.

“The ultimate goal of this bill is to make sure that Iowans have access to their memories…so that grandpas can show their grandkids their state finals at wrestling,” Representative Megan Jones, a Republican from Spirit Lake, said during a House State Government Committee meeting last night. “This is about nostalgia and this is a beautiful way to share our past with our future.”

If the bill comes law, Iowa PBS videos, tapes, documents and other stored material would become public record 10 years after it was created. Jean Berger, executive director of the Iowa High School Girls Athletic Union, has said if Iowa PBS loses copyright protection for its content, the union may end its agreement for Iowa PBS broadcasts of girls state basketball, softball and volleyball tournaments.

“It’s important, our partnership, because Iowans know where to go to watch the state basketball tournament. They know where to go to watch for free…They know what channel to find us on,” she said during a subcommittee hearing on the bill. “…My concerns are that if our contests become part of the public domain that they can be used in a way that we have no control over by people we don’t wish to be associated with, that don’t match what we stand for.”

Representative Jones said these and other arguments against the bill give her “whiplash.”

“I think there’s a lot of good news in this legislation,” Gibbons said during the House subcommittee hearing. “…The net result of this is there is a sharing process. You’re sharing this content here with some of them are parents, grandparents, to be able to share their cherished memories, or have the access to the cherished memories that they really don’t have access to right now.”

The version of the bill now eligible for House debate limits the public’s use of Iowa PBS material to educational, historical or cultural purposes and says it cannot be used to make a profit, for an endorsement or for political purposes. Michael Egel, artistic director of the Des Moines Metro Opera, told lawmakers the bill would pose a problem for past and future Iowa PBS broadcasts of the Opera and other performances.

“Behind each of these performances is a complex set of labor negotiations, contracts, etc. that govern the use of this content, protect the rights of its creators, performers, authors, composers, copyright holders,” he said during a House subcommittee hearing, “people on stage and those behind the scenes.”