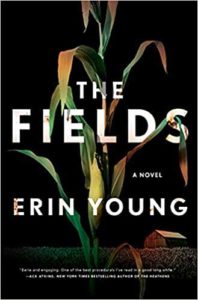 A best-selling author from Brighton, England, is releasing her ninth novel, a crime thriller that begins in the far-away cornfields of northeastern Iowa.

In a phone interview with Radio Iowa from the UK, Erin Young says she was drawn to the distant Hawkeye State as the locale for her work of fiction after chancing upon a real-life story in 2017.

“An initial idea came from reading a newspaper article about big agriculture and some of the dangers around it,” Young says. “It was a really interesting article and it was quite disturbing as well, and I knew by the end of it that I wanted to tell a story which involved some of the things that this article highlighted and corn growing and production was part of that.”

That story developed into her latest novel, “The Fields,” which she says will be the first in a series.
“It’s part police procedural and part political thriller,” Young says. “It follows Sergeant Riley Fisher who’s just been newly promoted to the Black Hawk County Sheriff’s Office and she’s called to the body of a young woman that’s been found in a nearby cornfield and she’s shocked when she discovers the victim is someone she knew from childhood.”

In order to best write the story that’s set in the Waterloo-Cedar Falls area, Young decided she needed to make the journey to Iowa, some 4,200 miles away from her home in Brighton. Young says, “I flew out to Iowa in August 2018 and just spent a few weeks on the road out there just traveling around the state, speaking to people, speaking to farmers at the state fair, going to the state capitol building, generally just trying to get a sense of somewhere that I had no prior knowledge of at all.” 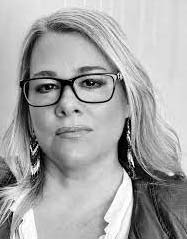 Her previous eight books were all historical fiction, so switching to a crime thriller was “a whole new animal,” she says, and she felt spending some time in Iowa was vital in order to get the story right.
“Having never been there, it was just really important for me to get a sense of the place and the landscape, the food, the people, the atmosphere,” Young says. “I don’t think I could have written this book in the way that I did write it without having been there, personally. It was really pivotal for me to go there and experience it and hopefully, bring it to life on the page.”

A production company has already acquired the rights to “The Fields” with plans to launch a television series centered on Sergeant Fisher’s crime-solving adventures. Under her pseudonym, Robyn Young, she’s published eight international bestsellers that have sold two-million books worldwide. They’re available in 19 languages in 22 countries.

Young will appear at a virtual event hosted by Prairie Lights Bookstore in Iowa City this Friday at 6 p.m.