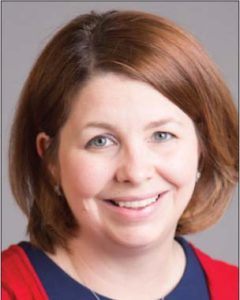 It’s the season for stuffy noses, coughs and sneezes, but common colds may not seem so common in this pandemic era, and Iowans are reminded to take care with the meds they swallow.

Dr. Wendy Mobley-Bukstein, a pharmacy professor at Drake University, says if you’re taking over-the-counter cold or flu drugs, take heed if you’re also popping acetaminophen.  “If you’re taking both of those things, then you’re increasing your risk of liver damage which is the penultimate of things that can happen,” Mobley-Bukstein says. “The biggest thing that we want to avoid is making sure the people are not exceeding that 4,000 milligram daily dose of acetaminophen.”

Mobley-Bukstein is a spokeswoman for the Acetaminophen Awareness Coalition. More than 600 pain relievers and multi-symptom cold and flu medicines contain acetaminophen. She says it’s safe and effective when used as directed, but there’s a limit to how much you can take in one day, so reading labels is important.

Some studies show children get seven to ten colds per year, and meds that bring relief for a parent may not be appropriate for a third-grader. Mobley-Bukstein says it’s a safe move to take only one medicine at a time that contains acetaminophen.  “When you buy an over-the-counter product, on the back of the package now it’s going to say ‘active ingredients’ and then looking to see what is the active ingredient,” Mobley-Bukstein says. “It’s going to tell you how many milligrams are contained in there. Also, knowing what dose you should take, infants versus kiddos versus adults.”

Research shows the odds of taking more than the FDA-recommended maximum dose of acetaminophen in one day increases 24-percent during cold and flu season. The coalition’s website is KnowYourDose.org, a clearinghouse of information designed to educate consumers about the safe use of acetaminophen.