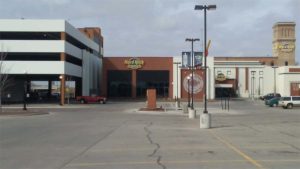 Churchill Downs Incorporated (CDI) says it has entered an agreement to buy the assets of Peninsula Pacific Entertainment $2.48 billion dollars. Iowa Racing and Gaming Administrator, Brian Ohorilko, says his office was notified of the deal this morning and he says they expect to be notified soon by Churchill Downs to start the process of obtaining a license to continue to operate the Hard Rock.

Under terms of the deal announced by CDI, they would sell the property associated with Hard Rock Sioux City to a third party and then lease it back to run the casino. If the company can’t reach an agreement on a lease — CDI would then buy the Hard Rock Casino itself. Ohorilko hasn’t had the chance to learn more yet beyond what the company announced.

“At this point in time we are not really sure what the specific plans are and hope to have answers to some of those questions here in the next few days,” he says. Ohorilko says there are other properties and states involved and has Churchill Downs has to get approvals from all of them — as well as going through all the background checks here in Iowa.

“These gaming transactions typically take some time to get those approvals from each state. And there are other financial reasons why these transactions take time,” according to Ohorilko. “But we would expect that Churchill will be working with the Commission and the DCI to complete those backgrounds and have those backgrounds conducted.” He says things could be completed by this summer or fall.

Peninsula Pacific Entertainment was in at the start of the Hard Rock when the Sioux City casino was moved from a riverboat to the land. “It was under a 50-50 ownership arrangement — and it wasn’t until recently when Hard Rock purchased the remaining shares,” he says. “Prior to that Peninsula had owned properties in Dubuque and in Northwood, Iowa. They had sold those properties to Boyd gaming as part of a separate transaction.”

Peninsula is one group that is putting together a plan for a potential casino in Linn County. The company issued a release saying the sale of its assets will not impact their plans for trying to get a license for a Cedar Rapids casino.