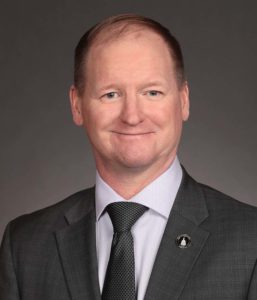 Republicans in the Iowa Senate have approved a regulatory change that would allow child care centers to have higher staff-to-child ratios.

“This is allowing providers to adjust to a higher ratio. It is solely voluntary,” said Senator Jeff Edler, a Republican from State Center, “and this adjustment to Iowa’s child care ratio could not come a moment too soon. As the workforce shortages continue to challenge Iowans, we are providing an outlet for their children, so they can return to work.”

Democrats in the Senate opposed the move. Senator Pam Jochum of Dubuque said the bill is “a recipe for disaster.”

“Seven two-year-olds at one time who are trying to get potty trained, they need to be fed, they make messes, they have to be changed, they’re fighting with each other because they haven’t quite learned how to get along with others yet,” Jochum said. “…This is about the safety of children. Why would we ever think about compromising that?”

The bill now goes to the House where members have already begun considering changing the staff-to-child ratios in Iowa child care centers.