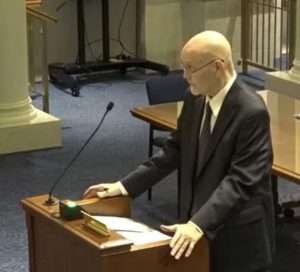 The Iowa Supreme Court heard oral arguments in a case involving the closing of a business after the COVID emergency proclamation.

The insurance company for the Wakonda Club in Des Moines refused to pay for loss of income under its business interruption policy during the shutdown.

Wakonda attorney, James Carney, says the lower court was wrong to say the loss required a physical alteration to its property. Chief Justice Susan Christensen asked this question. “Tell me, what caused Wakonda’s situation,” Christensen said. Carney responded, “A proclamation was entered. Without the proclamation, of course, Wakonda would not have been closed.”

The policy also had an exclusion for viruses causing a closing — but Carney said COVID was not the cause. “The question becomes, is that the cause tied to the virus. No. Because the virus didn’t have anything to do with it,” Carney says. He says the Wakonda could have stayed open even with the virus — but had to close because of the proclamation.

The Attorney for the Selective Insurance Company, Doug Haag says there was no damage to the building to cause the shutdown. He says the policy specifies that damages can be paid if there is damage.

The Supreme Court heard the arguments in a special session Monday evening. They will rule on the case at a later date.